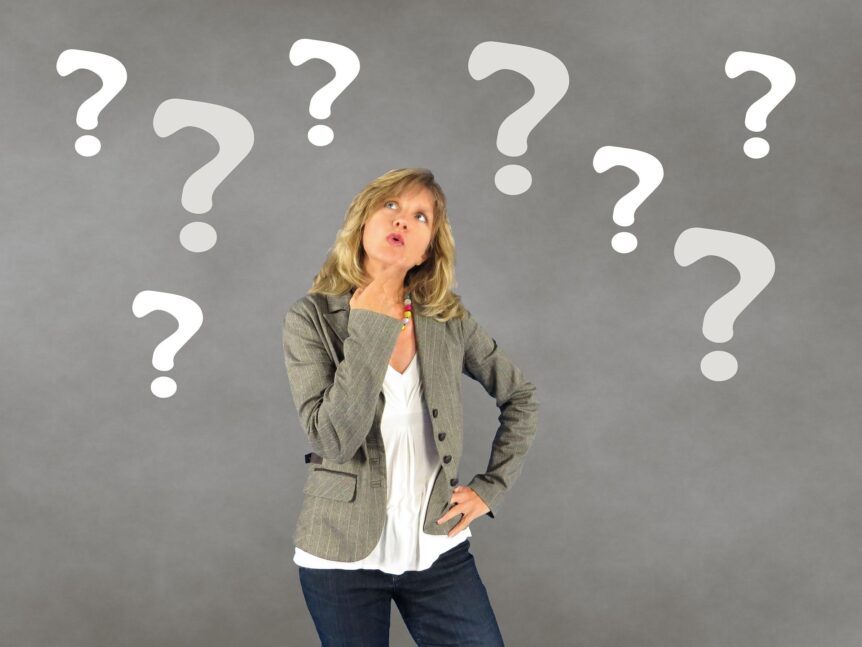 We all make assumptions. We think we know what’s going on, but we don’t know the whole picture most of the time.

Here are some examples of recent client scenarios where asking “What can I possibly be missing?” may have come in handy.

Wanting to make a right-hand turn, “Bob” was less than a car length away from being able to merge into the turn lane. Bob could see a HUGE gap between the truck and the car in front of the truck. He started to feel agitated and made up a story that the truck driver, seeing his right turn signal, was intentionally blocking him from making a move. Bob beeped his horn. The truck moved up, inch by inch, until Bob could squeeze by. What Bob hadn’t seen was the motorcycle in front of the truck. Once Bob realized what was going on, he apologized to the truck driver for his behavior. What was Bob missing? The motorcycle.

Angry that her friend hadn’t returned a heart-felt text message, “Veronica” became angry and frustrated at her friend’s lack of concern for her and their relationship. Veronica created the story that the friend didn’t care about her and began complaining to anyone that would listen that her friend wasn’t as good of a person as she thought she was. A week or so later, Veronica confronted her friend accusingly, insisting that their friendship was over. The friend was confused, swearing she’d never received Veronica’s text. In comparing screenshots, although Veronica’s phone clearly showed the text sent, the friend’s phone didn’t. What was Veronica missing?  The ability to see another option; that sometimes technology fails us.

Do any of these scenarios resonate with you? If so, what might you have been missing? What do you need to do to repair the damage caused by not asking yourself a straightforward question: “What can I possibly be missing?”